Bus From Kuantan to Kuala Lumpur

Bus From Kuantan to Kuala Lumpur

Kuantan and Kuala Lumpur are two famous locations in Malaysia. The former is the capital of Pahang, while the latter is the capital of the country. The distance between the two places is around 245 km. When you take the Kuantan to KL bus, you can cover the journey in a minimum of 1 hr 20 mins. There are close to 100 buses operating on this route every day. Therefore, you can find a bus from Kuantan to Kuala Lumpur at a gap of every 15-30 minutes.

All buses between Kuantan and Malaysia's capital city offer many amenities to travellers. With world-class amenities, your KL trip will become comfortable. People also enjoy the scenic views during a road trip from Kuantan to KL. People prefer bus transport to reach KL as it is readily available and economical.

Kuantan has an opulent history and has been a part of many empires in Malaysia. The city has witnessed the reign of the Chih – Tu Empire, Pheng – Kheng Empire, and Malacca Empire. History says that Kuantan was established in the 18th century by the migrants from Sumatra, and they called it Teruntum. But there is no information on how the name changed to Kuantan. Ruled mostly by the British and by the Japanese for a short while, the city still has several historical buildings.

Kuantan is blessed with natural beauty in the form of waterfalls, beaches, and incredible undersea life attracting tourists from all parts of Malaysia. Many people visit the capital city of the Pahang state for trade and commerce as well.

Kuala Lumpur is named after the confluence of two famous rivers, Klang and Gombak. The name itself means Muddy Confluence. Ever since it became the capital of the Federated Malay States in 1896, it showed rapid growth in being one of the most popular cities in the world. Much of the city's success is due to the large sea and airports. In addition, Kuala Lumpur is home to the Petronas Towers and many natural attractions.

Apart from high skyscrapers, one can also witness the natural beauty of KL. More than 10 million tourists from different locations visit the capital city of Malaysia in a year. People also come to the city due to its enormous services sector and retail industry. Planning a KL trip is perfect as you get a blend of man-made and natural attractions.

Are you looking for affordable bus tickets from Kuantan to KL?

You will get the most affordable Kuantan to KL bus ticket online at the redBus website/app.

Why Choose redBus for your Journey?

redBus is one of the most-reliable online bus booking platforms globally. It has a user-friendly interface with many features such as cancellation/rescheduling, bus pass, discounts, seat selection, etc. Apart from these, you can also read reviews from past travellers and enjoy 24x7 customer support.

The hot and humid weather of Kuala Lumpur stays the same throughout the year, with occasional rainfall or overcast on most days. The higher temperature ranges in the mid-30 degrees, while the lowest is often seen in the mid-20 degrees.

Places to stay in Kuala Lumpur

There are many places to stay in Kuala Lumpur, including hotels, hostels, service apartments, guest houses, homestays, etc.

Kuala Lumpur is known for its various dishes commonly available in multiple restaurants, stalls, and cafes. Here are some of the must-try dishes in Kuala Lumpur -

Things to do in Kuala Lumpur

Places to visit in Kuala Lumpur

There are many options for travelling within Kuala Lumpur. Mass Rapid Transit (MRT) is one of the quick modes. City buses are available for going anywhere within the city limits. The GO KL buses are ideal to go from one tourist spot to another. Apart from these, you can rent cars, cabs or use the Hop on Hop off buses for travelling.

Many tourists travel to Malaysia's capital city in April. The Malaysian Grand Prix organised in April attracts many visitors to KL. Shopping buffs visit KL in October for the giant Shopping Carnival. You can also head to KL during the new year celebrations for a memorable experience. The Flora Fest organised in January/February also attracts many tourists. For a unique experience, you can visit KL during festive occasions like Deepavali and Thaipusam. With redBus, you can book bus tickets to KL in advance.

Bus fare from Kuantan to KL

The fare of a bus ticket from Kuantan to KL starts at MYR 18 and can go up to MYR 27.

Some of the popular bus companies from Kuantan to KL are -

How to book Kuantan to Kuala Lumpur bus tickets online on redBus?

To book Kuantan to Kuala Lumpur bus tickets online on redBus, follow the steps mentioned below -

How do I pay for my bus ticket on the redBus website?
There are a number of different modes of payment offered to customers. Customers can either pay by credit card, debit card, or they can select any of the banks listed when you click the “FPX (Malaysia Online Bank Transfer).
How do I book a bus from Kuantan to Kuala Lumpur?
You can either visit the terminal and go the booth belonging to the bus operator of your choice, wait in line, select a seat, and book your ticket. If you’d rather not do that, you can visit www.redbus.my and book your seat within 5 minutes.
Can I reschedule my journey after I have booked my ticket?
Yes, you can. But this feature is limited to only a few bus operators in Malaysia. Look for the reschedule icon before booking your ticket.
Do I need to print out my bus ticket before boarding?
There are two main scenarios that you might fall into when you have to board a bus. Now, if your boarding point is at any terminal in Malaysia, passengers will have to take a print out of the bus ticket that has been sent to the email in a PDF format. The second scenario is when your boarding point is a bus stop and not a terminal. In this case, you will receive an M-ticket that you will have to produce before boarding your bus. If the operator does not provide an M-Ticket, you will have to take a printout of the ticket (PDF) that has been sent to the registered email ID that you have used to book the bus ticket on the redBus website. Some operators might levy a charge if these conditions are not followed.
Can I get any discount on Kuantan to Kuala Lumpur bus tickets?
Yes. Passengers can avail upto 20% discount on Kuantan to Kuala Lumpur bus tickets while booking bus tickets on redBus, Malaysia.
Which is the best offer for Kuantan to Kuala Lumpur bus tickets on the redBus platform?
The offer of upto 20% off on Kuantan to Kuala Lumpur bus tickets is, indeed, the best offer on the redBus platform as customers can save a lot on their totale bus ticket price.
TOP BUS OPERATORS

A globally recognised bus booking portal, redBus offers the best prices in the market, thereby making your bus booking experience all the more satisfying. redBus provides updated prices and bus schedules of the top bus providers that operate in the region. Customers can complete their payment through the secure network and receive the confirmation of the same in a matter of seconds. Book a bus ticket online through redBus and travel from Kuantan to Kuala Lumpur by clicking on the link provided below: https://m.redbus.com/bus-ticket/kuantan-to-kuala-lumpur

redBus caters to every Spanish speaker as well. Click on the link provided below to find out more: https://m.redbus.com/es-419/pasajes-de-bus/kuantan-a-kuala-lumpur 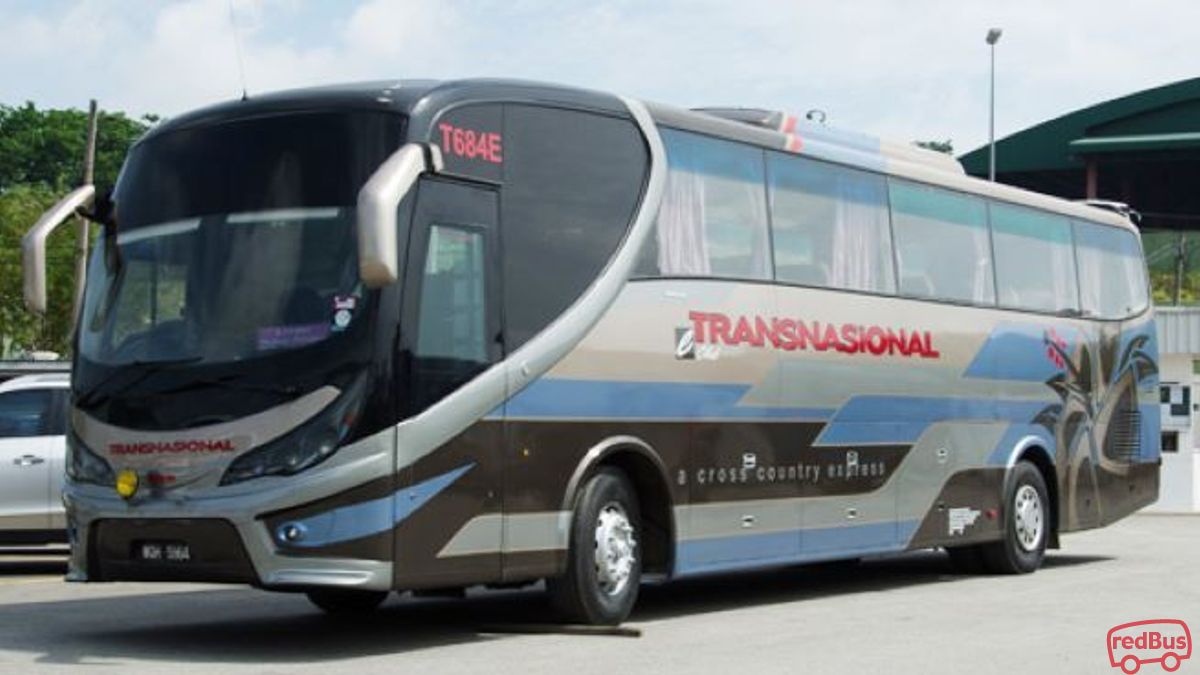 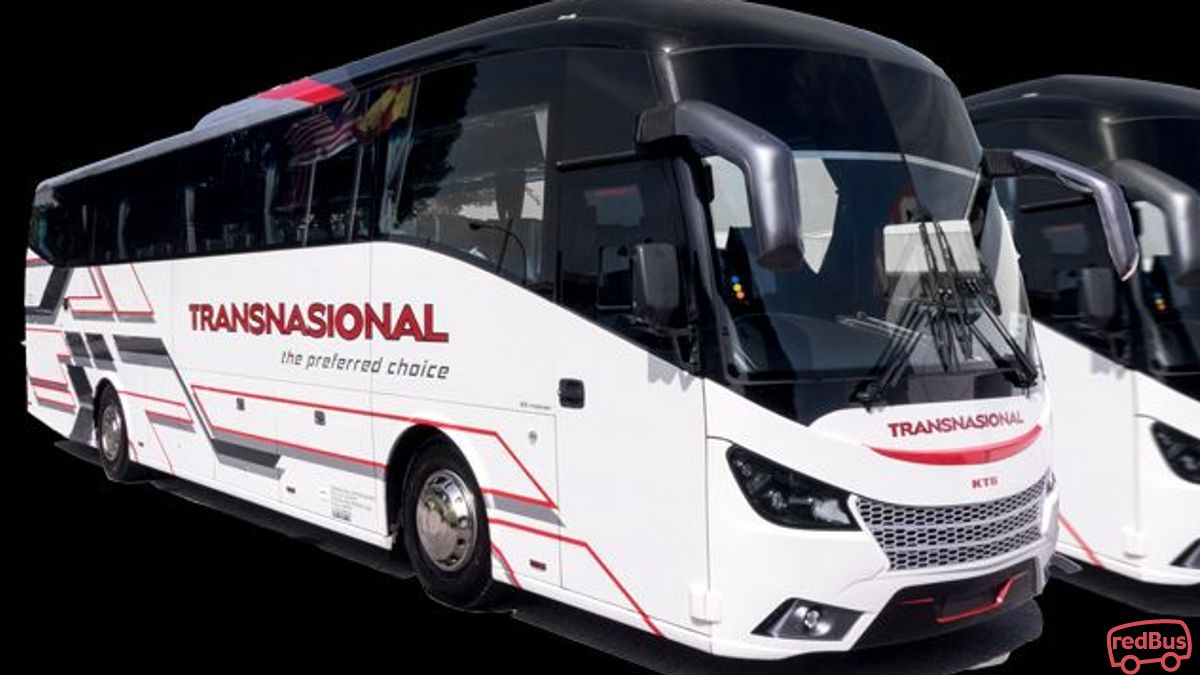